When Captain Cook first came to the Brooks Peninsula, he called it the “Cape of Storms.”  He was certainly right about that.  The winds off Solander Island are often hurricane force during winter storms, usually blowing 10 to 20 knots more than any other area on the west coast of Canada.  Winter storm ocean sea height is often 15 meters and higher.  In my opinion, North Brooks is the hardest place on the coast of Vancouver Island to get to.  Once there, if the winds pick up, you could be stranded until it ends, possibly for weeks. If you are launching a boat at Port Alice or Winter Harbour, your route back from Brooks is against the northwest swell, which often seems a bit more powerful than other places on the coast.  When circumnavigating Vancouver Island, sailors and boaters alike often avoid the Brooks Bay area — when going around the Peninsula — in order to reach the safer waters of south Brooks in Checleset Bay.

Unlike most of the rest of Canada, Brooks Peninsula escaped the last Ice Age, so the area is described as a refugium where many rare plant communities exist. The geology is also different from the rest of Vancouver Island.
Brooks is the traditional territory of the Kyuquot/Cheklesshht, and Quatsino first nations, who never ceded their lands.  Cook mentions in his journal that the residents of Nootka Sound knew very well the concept of ownership of the land and the marine environment.   All reasons to have left the entire peninsula intact.
The Logging of East Creek Brooks Peninsula 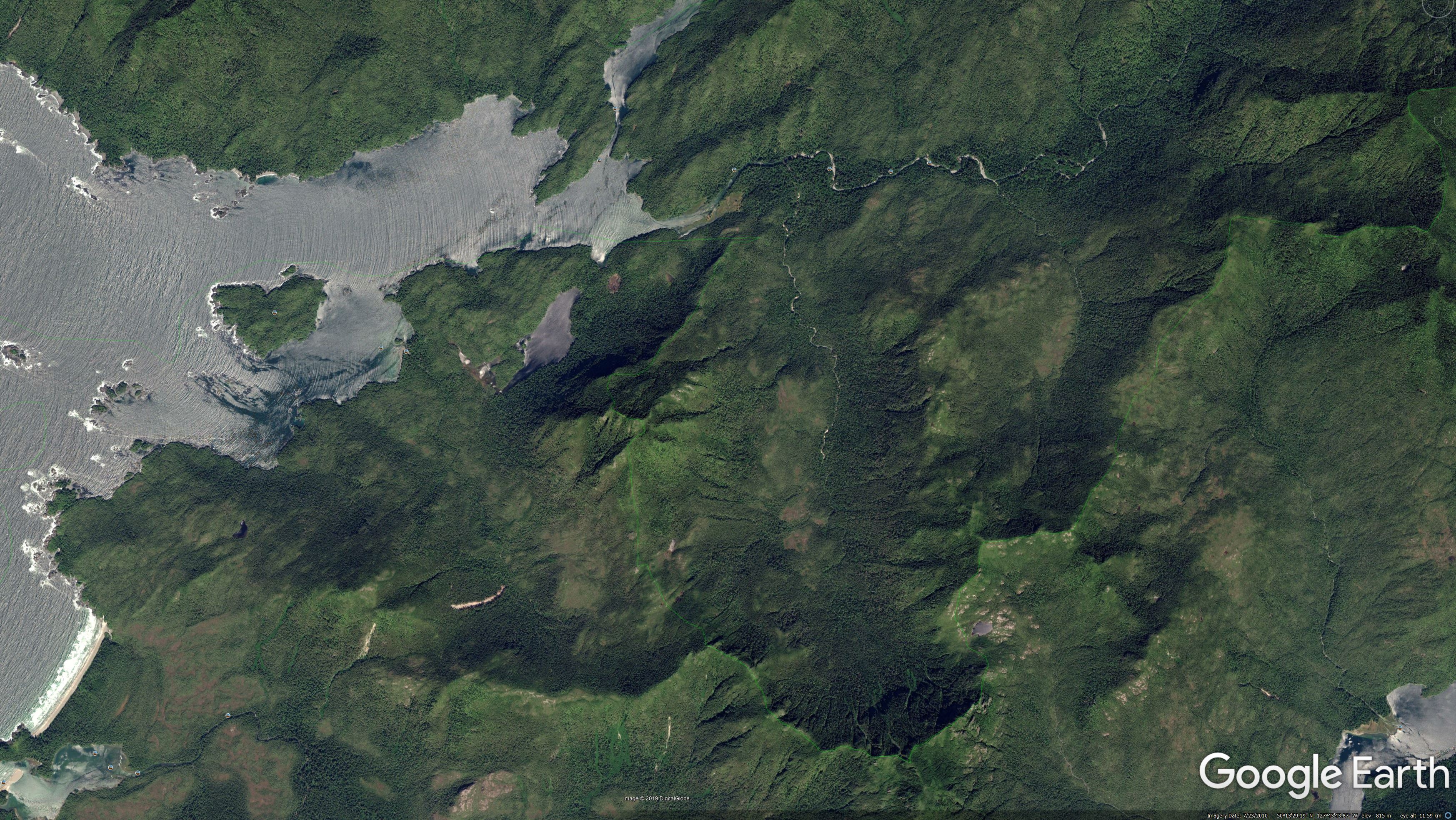 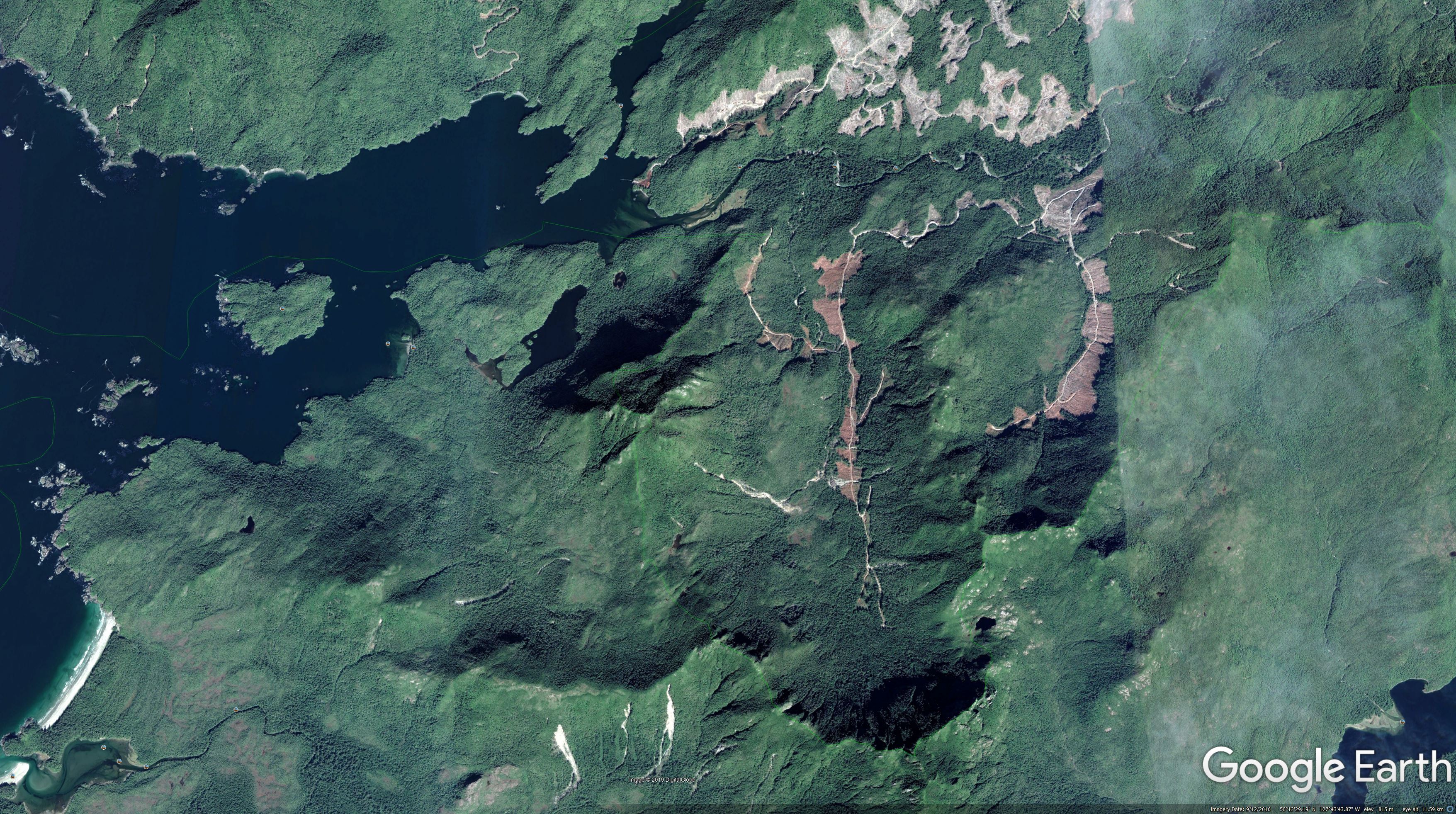 I went to the recent Sierra Club meeting in Courtenay, and found myself depressed and frustrated at the state of affairs. The Club had an excellent presentation showing how important old growth forest is for locking up carbon.  They also presented before and after pictures of the Tsitika River, at which the audience gasped in amazement at the devastation. There were petitions to sign, and fundraising T-shirts for sale, all for a really great cause.  But honestly, our side has been playing softball, while the destroyers of habitats and biodiversity have been playing hardball.
A recent Guardian article by George Monbiot told the story of the late Polly Higgins, an English barrister who was fighting to create the international crime of Ecocide.  Ecocide “means serious damage to, or destruction of, the natural world and the Earth’s systems.”  Higgins wanted to make “the people who commission it – such as chief executives and government ministers – criminally liable for the harm they do to others, while creating a legal duty of care for life on Earth.”
When we look back at the 40 year battle against old-growth logging on Vancouver Island, I think we can say the war was lost when a bridge was built across East Creek.  Lemare Logging drove in deep, and as fast as possible — 80’s style — before anybody could study or save it.  The awful results at East Creek can be seen on Google Earth, and it is an open and shut case of Ecocide.
Minister Donaldson and the executives of Lemare Lake Logging have been, and are, knowingly committing Ecocide.  These people are all personally liable, and should fear prosecution.  The Sierra Club could pool resources, and concentrate on one or two legal cases like this.

Whether it is fishing, mining, or logging, it’s always the same, the executives walk away from the mess they made, they buy mega homes and super yachts, the government ministers move on, and the citizens at large are left with the bill.  Polly Higgins, who has now died from her cancer, showed us the path forward.  Let’s play Hardball.

The Giant Burls of Brooks/Checleset